Colder than hell for the 1985 World Cup. Gunde Svan, winner of the frigid 30km free technique race, was quoted saying the race “… not could be colder!” The World Cup season of 1985-1986 was the first year that FIS instituted a two technique schedule, classic and free technique. 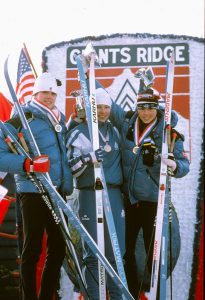 Women’s winners on the podium. 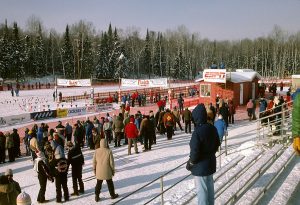