The ultralight 38mm Norm Adidas binding was introduced in the 1976 Innsbruck Games. It became very popular with the Adidas Suomi and Lahti lightweight Adidas ski shoes. These were the boot/binding system used by the US Ski Team in the 1980 Lake Placid Olympic Games. 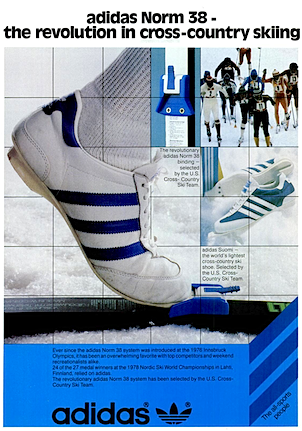 Adidas Norm 38 binding from an ad in Backpacker Magazine Dec. 1978 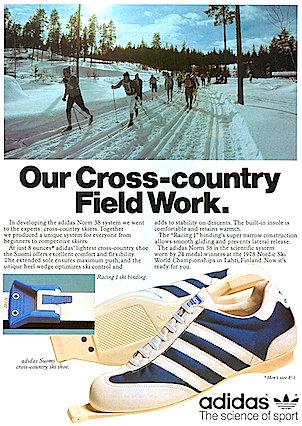 Images above are from vintage magazine advertisements originally published on the OLD SNEAKER POSTERS website: at http://oldposter.sneakerlab.net/ The featured image of used bindings is from an eBay listing.