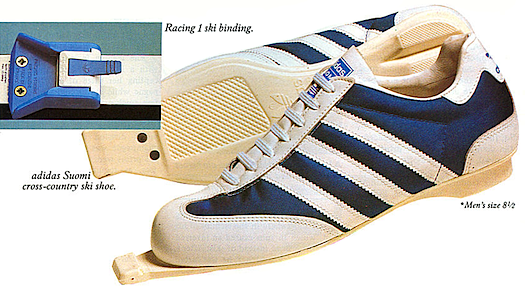 The blue and white nylon Adidas Suomi cross-country ski shoes were introduced in the 1976 Innsbruck Games and were worn by US Ski Team members in the 1980 Lake Placid Olympic Games. These boots weighed in at 8 oz. for a size 8 ½. These sole of these boots had a 38mm wide extension in the toe that paired with the Adidas 38mm Norm binding. 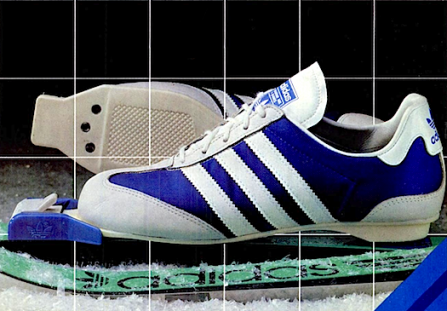 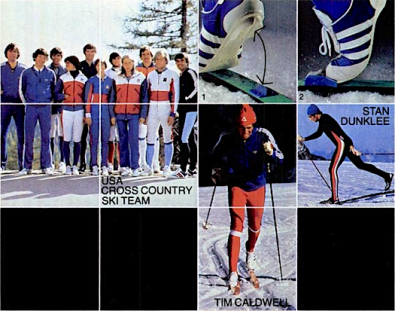 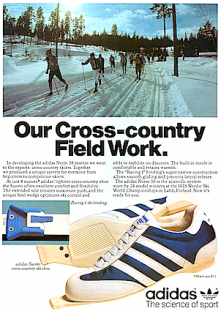 Images are from vintage magazine advertisements originally published on the OLD SNEAKER POSTERS website: at http://oldposter.sneakerlab.net/